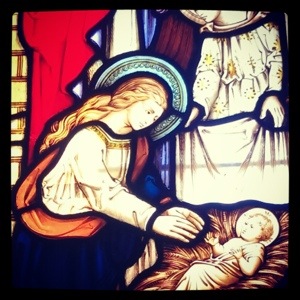 I’ve not heard of any church based events exploring, reflecting on, or in any way marking international women’s day. I could be wrong – there could be hundreds of them I don’t know about. This piece is a reflection following a discussion where a group of (largely male) evangelical Christians were discussing International Women’s day. The general consensus was that it was unnecessary to mark it, and perhaps unhealthy. It was a UN event, not a church one. Moreover, it risks being an exercise in corporate badging and it negatively impacted the core teaching programs by being a distraction. I am summarising (i hope not unfairly).

I have written extensively about how I don’t label myself as a feminist. But you know, every time a discussion about women happens (with men in the Church) I find something in myself bubbling up. It takes a great deal for me to get angry enough to really boil over. But this, this ignorance of the way women are often made to feel less than, unimportant, and ignored causes me to reassess this assertion every single time.

So here goes, here’s my defence of why marking International Women’s Day — and other opportunities to show solidarity with women around the world — is a working out of my theology, of my faith in Jesus.

If I saw the church actively and vociferously seeking to love each other and our communities like Jesus then maybe there would be no need to mark events which seek to bring awareness — but while ever there is not the I will gladly join those efforts and stand alongside those for whom this is their only opportunity.

I’m not saying the UN should be leading the church on ensuring that Women are treated as the free, equal and loved people they are, but at the same time i’m not seeing the church in Australia fighting for the vulnerable in as much as it has the power and resources to.

When discussions surrounding this topic are largely marked out by a large percentage of white middle class men saying it is unnecessary, then I want to cry foul. It reeks of privilege, I’m afraid. Yes, those are harsh words, but I am saying this in love. I am saying to the Australian church that we need to wake up. These issues are not merely over the seas. They are here, in our communities: domestic violence is again on the rise (and you are kidding yourselves if you think it doesn’t affect families in our churches), women in our churches are often being made to feel less than (they tell me this), women in our communities are still being mistreated because they choose to bear children and raise them, they are still being paid less for the same work.

Yes, read that again if you need to.

Honestly, anytime someone writes that we can’t do everything without compromising the “teaching program” I really want call a spade a spade…just say it’s not important, the rest is a cop out. Does it have to overshadow your exegetical teaching, definitely not – indeed what does that even mean? – do “teaching programs” always operate in such ignorance of the community that they are hopefully there to edify? really? are they an entity that somehow transcends the needs, concerns, trials and victories of the community to which they are seeking to build up, encourage, challenge, and rebuke? Justify that biblically for me, will you? Riddle me how seeking to bring attention to realities of oppression, injustice, and inequality is bad? and how it is inconsistent with the mission of the Church in Australia?

Assertions that it is inappropriate to mark International Women’s Day because we don’t mark International men’s day serve only to rile me (someone who’s pretty darn moderate). When men are being denied education on the basis of their gender, when men are limited in where they can travel because of the reality of the danger of violence on the basis of their gender,  when men are limited from owning property or accessing financial institutions, or treated as incompetent because they are pregnant or have a sick child, then maybe we can talk. While this kind of comment is often passed off as a joke – and I have a sense of humour – it really strikes a nerve. It might be time to pull your head out of the sand on this one.

Commentators that argue that by acknowledging and focusing on International Women’s day we give ourselves permission to ignore these issues the other 364 days are misguided at best and at worst, naive. The church has traditionally had moments of focus. We have liturgical seasons which call our attention to specific aspects of God’s dealings with us, of the incarnation of Christ, and to the lives of the communion of believers who have gone before – so why is it so easy to dismiss the need to place focus on the realities of the oppression of half the world’s population?

In Australia, a Women’s day of Prayer was marked across many different dioceses. This year the focus won Egypt. This is laudable. This is important. Prayer is part of our core business, but so is standing up for what is right. And action must go hand in hand with contemplation and prayer. Does it matter that this is not a feast day, but rather a day marked our by the United Nations? Does it really matter whose idea it is? If so, why? I guess it definitely does matter if the church thinks it has a monopoly on good ideas.

I will write on International Women’s Day about the realities of women around the world. I will write about the need for campaigns to increase access to education for young women around the world. While the participation rates for elementary school is almost at 95% – reaching the millennium development goals – the participation rates for secondary school and tertiary education are still pitiful. I will share the infographic below and I will care enough to seek to challenge arguments that seem ill-conceived.

And just so you know, I’m not the only Australian Christian Woman writing about these things. Here’s a piece from last year by Kristen Young and a piece from yesterday by Dr Justine Toh on why Christians should be at the forefront of marking International Women’s Day. {Feel free to share other pieces by Australian women  about International Women’s Day in the comments}

Kristen Young shared these prayer points in the midst of that discussion. I know that I found them helpful:

For God alone my soul waits in silence; from him comes my salvation . . .

For God alone, O my soul, wait in silence, for my hope is from him.

“I believe that women everywhere can be and are agents of change, drivers of progress, makers of peace. All we need is a fighting chance to show what we can do in every part of life.”—Hillary Clinton

Anna Blanch Rabe is an Australian-born writer and photographer. She currently works for an Anglican church in Newcastle, Australia in a community care & engagement role. Her opinions and comments in this piece should be attributed to her alone and do not necessary reflect the opinion of the parish, or the Anglican diocese in which she is employed. In 2014, she will embark on an epic adventure traveling Overland From Australia to London (via Russia and Japan) by train and ferry. You can follow this adventure on Not A Pedestrian Life, or Facebook. More of her photography can be viewed here. For more Theology:Naked take a look at Quotidian Home or her previous website, Goannatree.

What My Grandmother Taught me About Living and Dying Well 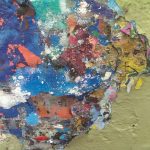 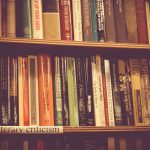 On being a word-toting rebel 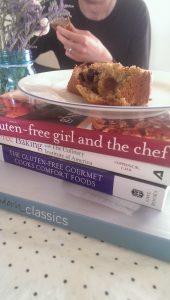 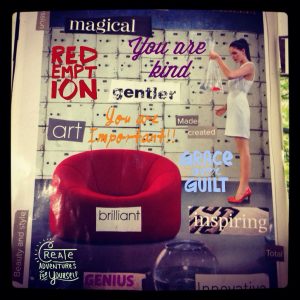